My name is David Czarnetzki and my issues concerning the conduct of the Parliamentary and Health Service Ombudsman have now been ongoing for over four years. The following letter was handed to my Member of Parliament, Philip Dunne at his constituency surgery on 30thAugust 2019.

The detail should impart on the reader a need for extreme caution in pursuing a health service complaint via this particular body. In 2015, the Patients Association described this organisation as “unfit for purpose”.

Read my story. You may well conclude it still is.

You will now recall the issues first raised with you in July 2015 following the publication of a final report, by PHSO on 22ndJune 2015, concerning my earlier treatment at Telford Hospital during 2013 and 2014. You corresponded with PHSO on three occasions in 2015 and, on each occasion, received no response from them. I have since been forced to embark on a determined, tenacious and sustained process to uncover the extent of the failings encountered at Shrewsbury and Telford NHS Trust and also those at PHSO. The PHSO failings are the focus of this letter and fall into three main categories.

You will see from the core documents on the file that Rob Behrens the Ombudsman admitted, in a letter dated 9thApril 2018, his June 2015 final report came to the wrong conclusion. Since then I have been requesting the report be quashed. In his letter to Sir Bernard Jenkin, dated 1stFebruary 2018, Mr. Behrens confirms he has powers to quash a final report yet has failed to do so in this case.  He has refused to explain why or enter into correspondence on this matter. His refusal to quash a report recognized as ‘flawed’ needs to be questioned at a parliamentary level.

His decision not to quash the final report has the following consequences:

PHSO, on its website, issues guidance on principles of good complaint handling. The outset of this document clearly states; “We will also apply the Principles to any complaints made to us about our own service”.  Section 5 covers points to consider when deciding an appropriate level of compensation. These are:

PHSO guidance goes on to say; “Remedies may also need to take account of any injustice or hardship that has resulted from pursuing the complaint as well as from the original dispute”.

The PHSO letter of 9thApril 2018 offered me £1000. There was acknowledgement I have suffered injustice and PHSO would have awarded this sum against the NHS Trust had his final report of 15thJune 2015 accurately reflected the treatment I received. The letter also offered, in addition, a token sum of £500 to cover PHSO’s own poor complaint handling, but this part of the offer failed to demonstrate how his own guidelines on compensation levels were taken into account. My reply dated 11thApril 2018, to the PHSO letter of 9thApril, was ignored and after a further six weeks I felt compelled to issue proceedings in the County Court. The proceedings were to be primarily concerned with the conduct of the Ombudsman and not his decision regarding the belated award he made against the NHS Trust which, due to the passage of time and the fact that the original report had not been withdrawn, made legal action against the NHS Trust impossible. Subsequent to the issue of legal proceedings, there was an arbitrary improved offer by PHSO to settle the matter for a total sum of £2000. Bearing in mind I had by now spent £205 on Court fees, this represented a real increase of £295 over the offer in the letter of 9thApril and still failed to show any compliance with his stated policy on points to consider in calculating financial remedy.

My claim against PHSO, amounting to £4537, consisted of £3800 damages, £532 interest in line with Court rules and £205 costs.  PHSO filed an acknowledgement of service with the Court on 12thJune indicating an intention to defend the claim. There then followed an astonishing sequence of events.

Despite the in house legal expertise at their disposal, PHSO failed to properly comply with Court procedure and, on 31stJuly 2018, the Court issued a Judgment in Default against PHSO ordering them to pay me the total sum of £4537. Feeling vindicated, I awaited settlement in accordance with the Court judgment but unaware this appalling organisation had yet to finish compounding my misery.

One must ask how PHSO allowed the Judgment in Default to occur. Their next step was to apply to the Court to have it set aside and my original application struck out.

The first hearing was set for Telford County Court (small claims process) on 31stDecember 2018. PHSO engaged a barrister from 39 Essex Chambers. The Judge agreed the Judgment in Default should be set aside but gave leave for me to re-submit my original application with additional supporting evidence. There was no direction by the Judge at this hearing that the small claims route was not open to me to pursue my claim.

The second hearing took place at Telford County Court on 30thJuly 2019 with a different barrister from the same chambers representing PHSO in front of a different Judge. This time, the Judge ruled he had no jurisdiction to hear the case and the application by PHSO to have the matter struck out was successful. However no costs were awarded.

The evening before the second hearing, an email timed at 1859 hours 29thJuly (just 15 hours before the appointed hearing) was sent to me by an in house lawyer of PHSO. The email reads; “On reviewing the documents in your case we note you have referred to a statement dated 10 November but we are unable to trace this. Could you please send a copy of that statement by email before the hearing tomorrow”.

I complied with the request. However, it raised further issues. 153 pages of evidence PHSO should have been considering before the first hearing accompanied my statement of 10thNovember 2018. I was also concerned that significant personal data had now gone missing. PHSO have since provided proof to my satisfaction they have the data and issued yet another of their insincere apologies, the total number of which now runs into three figures, each becoming less meaningful than the last.

I seek your re-involvement and have two requests:

I do have to say that, having personally attended the last scrutiny hearing of PHSO by PACAC in January 2019, I was disappointed to see the session lacked understanding, depth and incisiveness, particularly as so many people had made written submissions and also took the trouble to attend.  It is worthy of note that, despite Mr. Behrens refusing to engage with the co-ordinator of the support group PHSO-The Facts, at least fifteen new people have joined this group in recent months as a result of their experiences at the hands of PHSO.  I have seen that PHSO seeks greater own initiative powers and yet resists greater oversight of its work, stating this would undermine the authority of the Ombudsman. This must be resisted if a PHSO “mini dictatorship” within our democracy is to be avoided. It is clear the process of peer review and PACAC scrutiny is not bringing improvement and a wider, independent public enquiry into PHSO must now be carried out.

There is one final comment I wish to make and that is in relation to the offence of Misconduct in Public Office (MIPO). If in the event Mr. Behrens or any other person makes a suggestion the Police have found no evidence of misconduct in public office within his organisation, I have to point out that would not be an accurate statement. Letters in my possession from the Metropolitan Police indicate that, according to legal advice they have received, they are prohibitedfrom conducting investigations into PHSO of MIPO by virtue of the legislation controlling the operation of PHSO. That is not the same as saying MIPO has not taken place. This is also something for PACAC to consider and address as it leaves all employees at PHSO immune from prosecution in the event of any willful or deliberate misconduct on their part.

PACAC should be asking the question as to whether it should be necessary for the sledgehammer of a Judicial Review to be sought to crack what was, in this case, a miniscule peanut of two parties being £1800 apart in their positions regarding compensation.

I see no point in your writing to Mr. Behrens again as he ignored your correspondence in 2015 and much of mine in the intervening period. I await your response, asking you to send me a copy of any letter you write to the Acting Chief Executive at Shrewsbury and Telford NHS Trust. Bearing in mind this is an open letter I intend to circulate widely, I will be pleased to also circulate your response to it. It is clear from this case PHSO maintains its ability to fail at every level be it investigative, administrative, legal or executive. 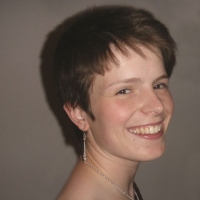